The historic Sigismundkapelle Chapel inspired me since I first visited it in 2012. Since then I have reflected on the significance that this space has had in the center of Regensburg.

The theme of the exhibition  was the social effects of the economic crisis in which Europe is currently. It was composed of different works that deal with the subject from different perspectives.

The exhibition was inaugurated on October 2014 with the work The bread of the poor, an artistic event in which 1,000 pieces of bread, made by immigrants and refugees women from different countries, were distributed among the visitors and pedestrians . 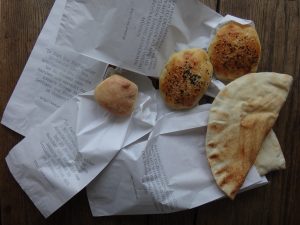 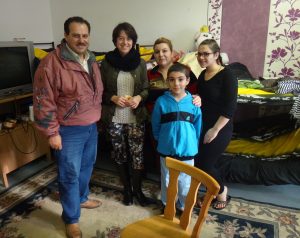 In recent years the number of hungry children and families has increased within Europe, a fact that worries me and reminds us of other difficult times in our history. I joined this reflection to the idea of ​​social dining and “love of neighbor”, which in both cases have a religious origin. I wanted to highlight cultural differences and direct attention to migratory movements, which globalization and poverty are causing. 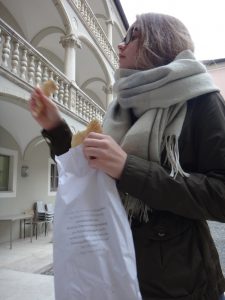 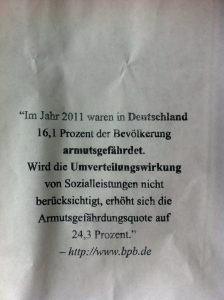 Our daily bread is another of the works, it consists of 350 reliefs in wax, some of them traditional and typical of this region of Bavaria. Others are pieces of wax with a new iconography, representing the values ​​of our consumer society made by me. All of them form the word AMEN, and to give it a touch similar to that of an altar in a chapel, all the relive is presented on a golden wall. 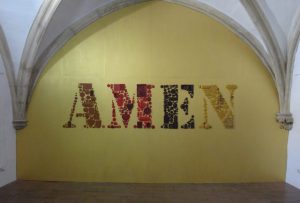 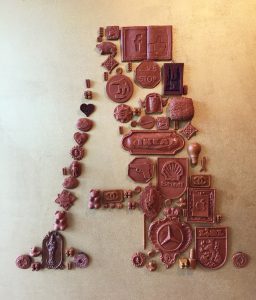 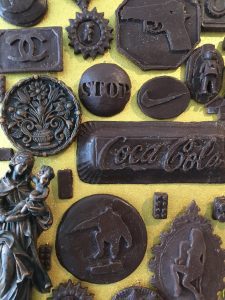 Between 2012 and 2013 I worked for six months with a grant from the Finnish Cultural Institute, in close collaboration with the artists of the Künstlerhaus Andreas-Stadel in Regensburg. Some of the works of the exhibition arise in collaboration with some of them (Markus Genzwürker, Katharina Ganslmeier, Paul Leu). 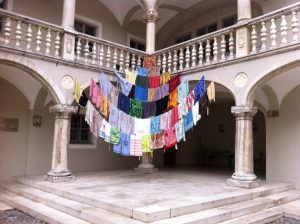 This work collects phrases from 50 people who refer to the first memory that comes to their minds about their mothers . The phrases are embroidered on handmade aprons from Finland, Germany and Spain, they are embroidered in the three languages. 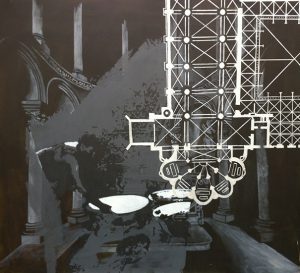 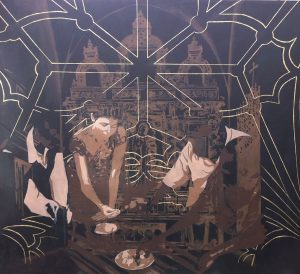