How to define private space and public? What influences us or conditions our behavior in space? How can we change the way we see space? 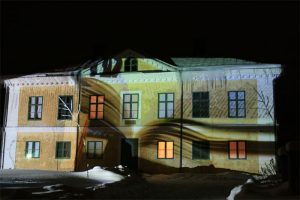 Susana Nevado, Beverley Carpenter and third year students of the art school of the University of Turku, developed through a different art project ideas on how to appreciate the public and private space, the final result was showed in Brinkhalli and the Central Library of Turku in February 2010. The project was part of a biggest between the Polytechnic University of Turku and Brinkhalli, with the economic and social support of the European Union. With this aid plan is to enhance the cultural activity of the village and make it a historic setting for the process of learning students of art and culture of the school.

After three weeks of intensive work, the group presented the results at the village of Brinkhalli and Turku central library. In both places could see different performances, installations and large projections on the facades of buildings. The final result was unexpected and interesting presenting different ways of understanding space. 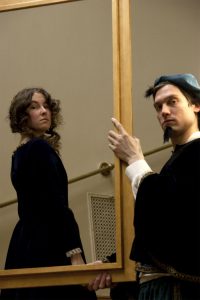 The video work was screened in both the facade of the old villa dating from 1700, as in most modern facade of the main entrance to the central library of Turku, where the concrete surface became a giant screen, where we experience the dialogue between the town and its historical roots, and the modern city. 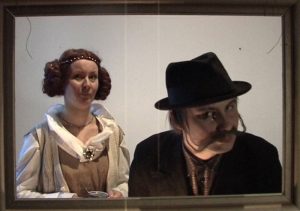 The facade of the new library building of Turku became a movie screen on the nights of 17 and 18 February, the projections began at six in the afternoon and lasted throughout the night. Also within the library fascinating things happened. Information on TVs could see the play Jussila, Kallio ja Karsi which induced the viewer to search for messages that they had left among the books in the library. On the subject of public and private space could visit the women’s public toilet on the first floor, where private use utensils and a tropical environment as environment, in the rotunda of the old library building, with memorable portraits of the time, was could follow the spitting image made into a video of a couple and in the courtyard could see a facility for comfortable rocking chairs where one could read.

Work together with Beverley Carpenter and pupils of the third course of the school of art, technical university of Turku. The project analyzes questions on the public and private space. The works could turn in Brinkhalli’s villa and the central library of Turku. February 2010, Turku, Finland.