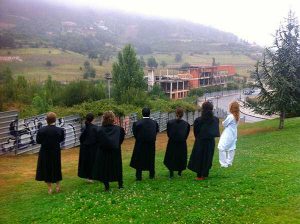 The starting point of this project is the exploration of the concept of public and private space in the urban environment, together with the implicit experience of citizens. In the different spaces arise cultural, emotional, physical, psychological and temporal experiences that make us feel more or less linked to them. 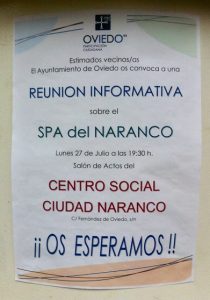 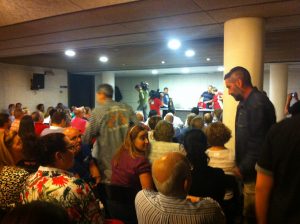 D-ESPACIO is a project that through the idea of ​​artistic collaboration with the community of the neighborhood of Naranco city of Oviedo, aims to address the problem of the failed proposal to build facilities for a SPA center. Proposal planned and approved by the different local governments, which does not respond to the real needs of an economically weak population.

Political decisions are not always in accordance with the needs of citizens living in their environment. The idea is that the citizen can transmit with the help of different artistic tools, their ideas and proposals, answering interactively to questions such as:
What can be done in the public space?
Who does it belong to?
What history has a certain public space?
How and who decides on the use of urban public spaces?

The first artistic intervention in space took place in 2015 with the realization of a performance in front of the facilities of the future SPA center, now abandoned, in which a group of Oviedo lawyers and toilets pose with their backs to the camera and in front of the controversial space, as a symbology of the current problematic problematic without having found “healing” at all until now. 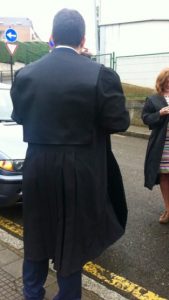 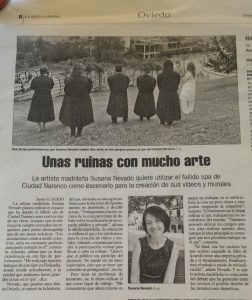 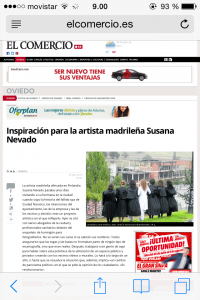